13/3/2020 - Over the last few weeks, the Year 6 children have been learning all about Sea World and orca whales in captivity. The children were outraged at the mistreatment of some of the oceans biggest predators! They decided to protest against this and created colourful and eye-catching protest boards. Each class came up with a powerful chant to express their views about this topic.

'They don't deserve it, Let the orcas go!'

Each class protested through the school and met up on the playground to really spread their thoughts. We even had the other classes around the school coming to watch and wanting to join in. Well done Year 6, you were really persuasive and had thought carefully about the messages you wanted to portray. 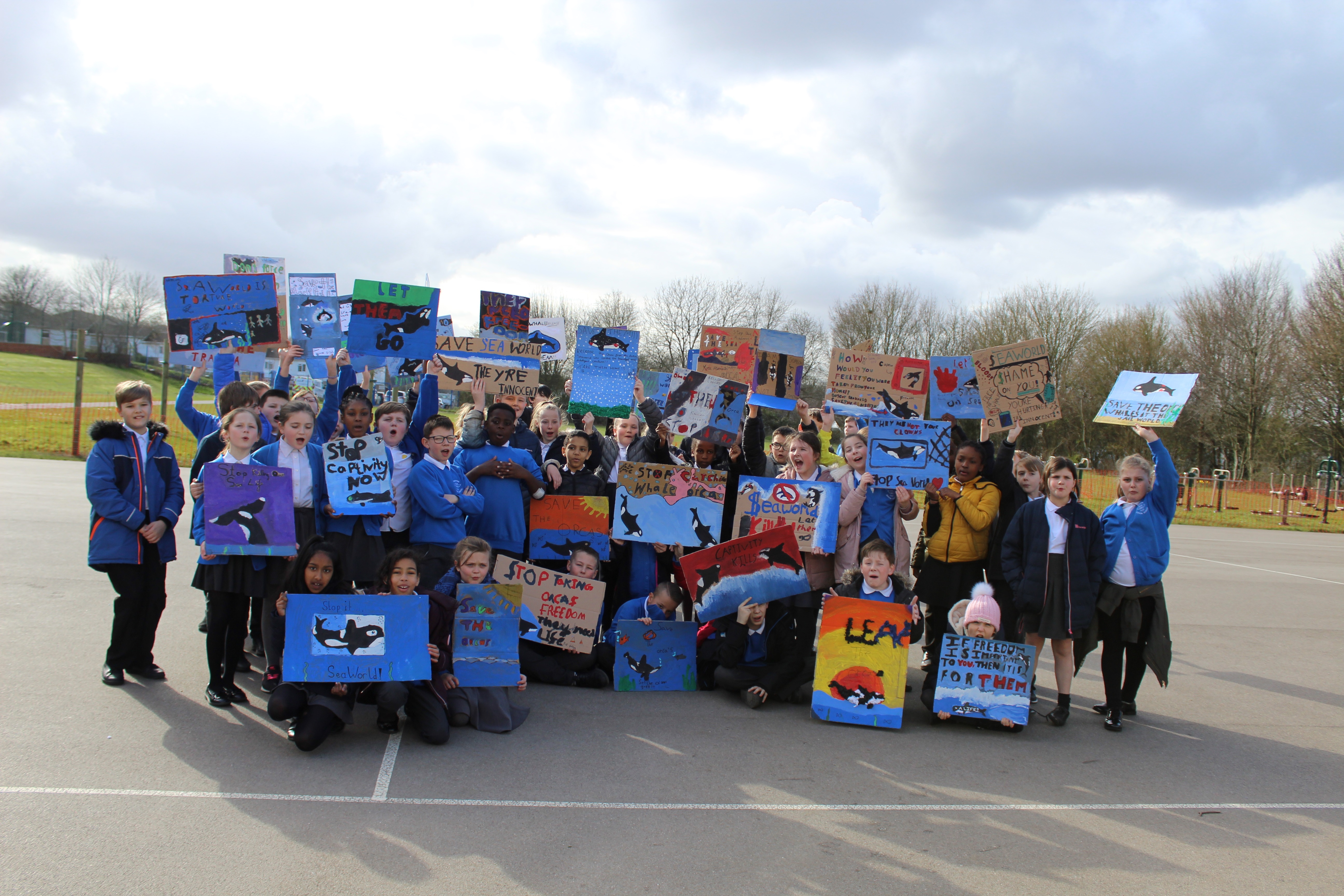 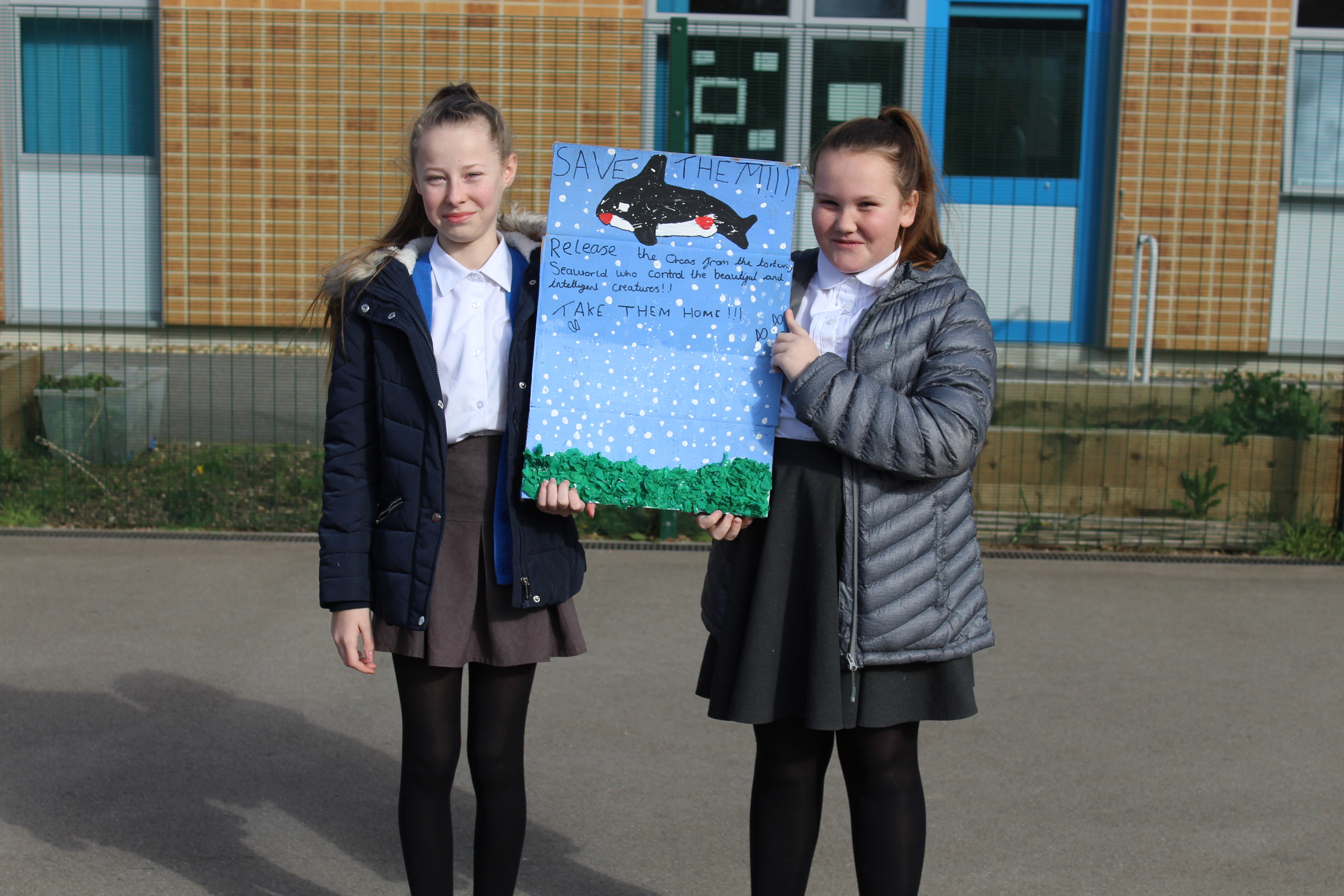 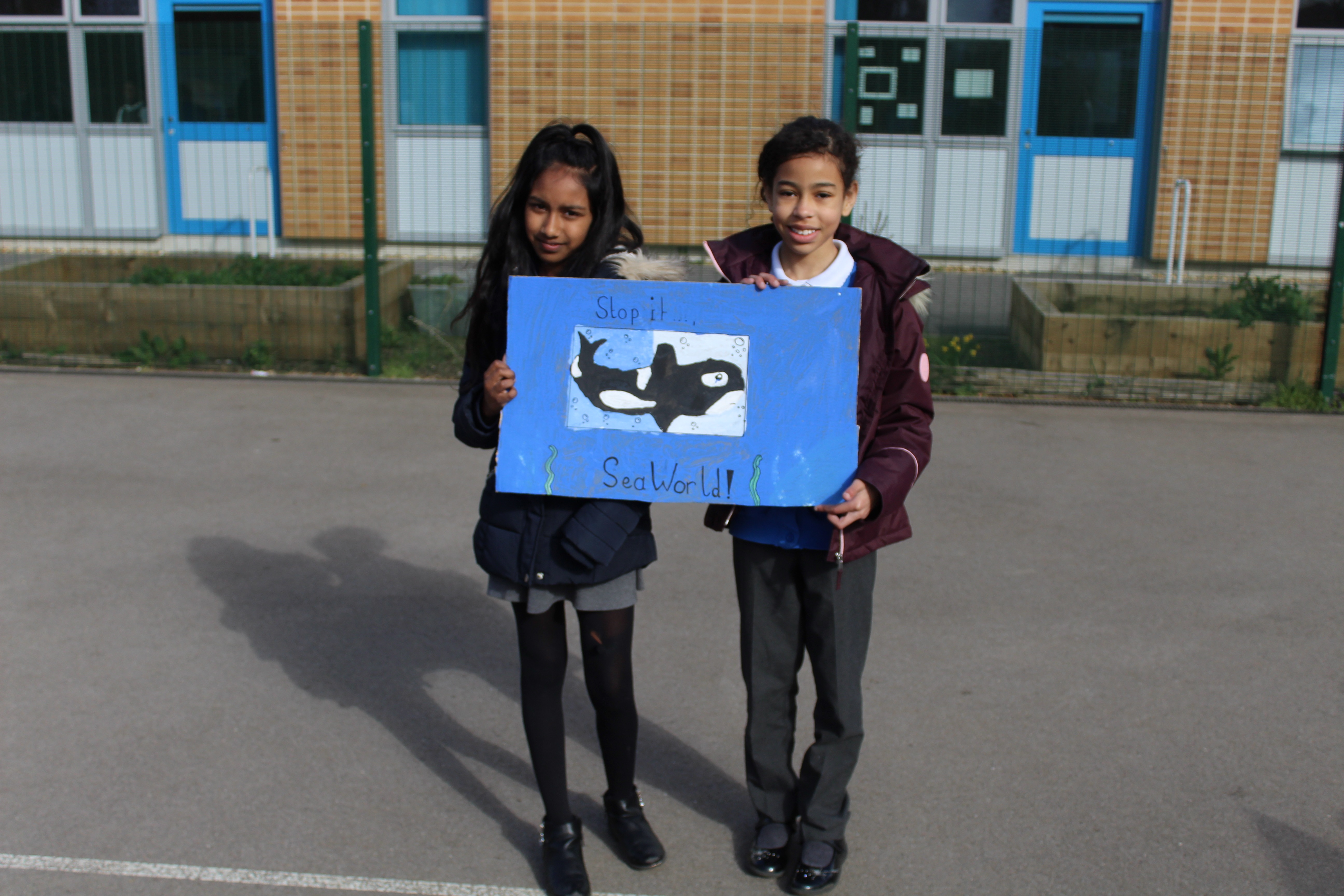 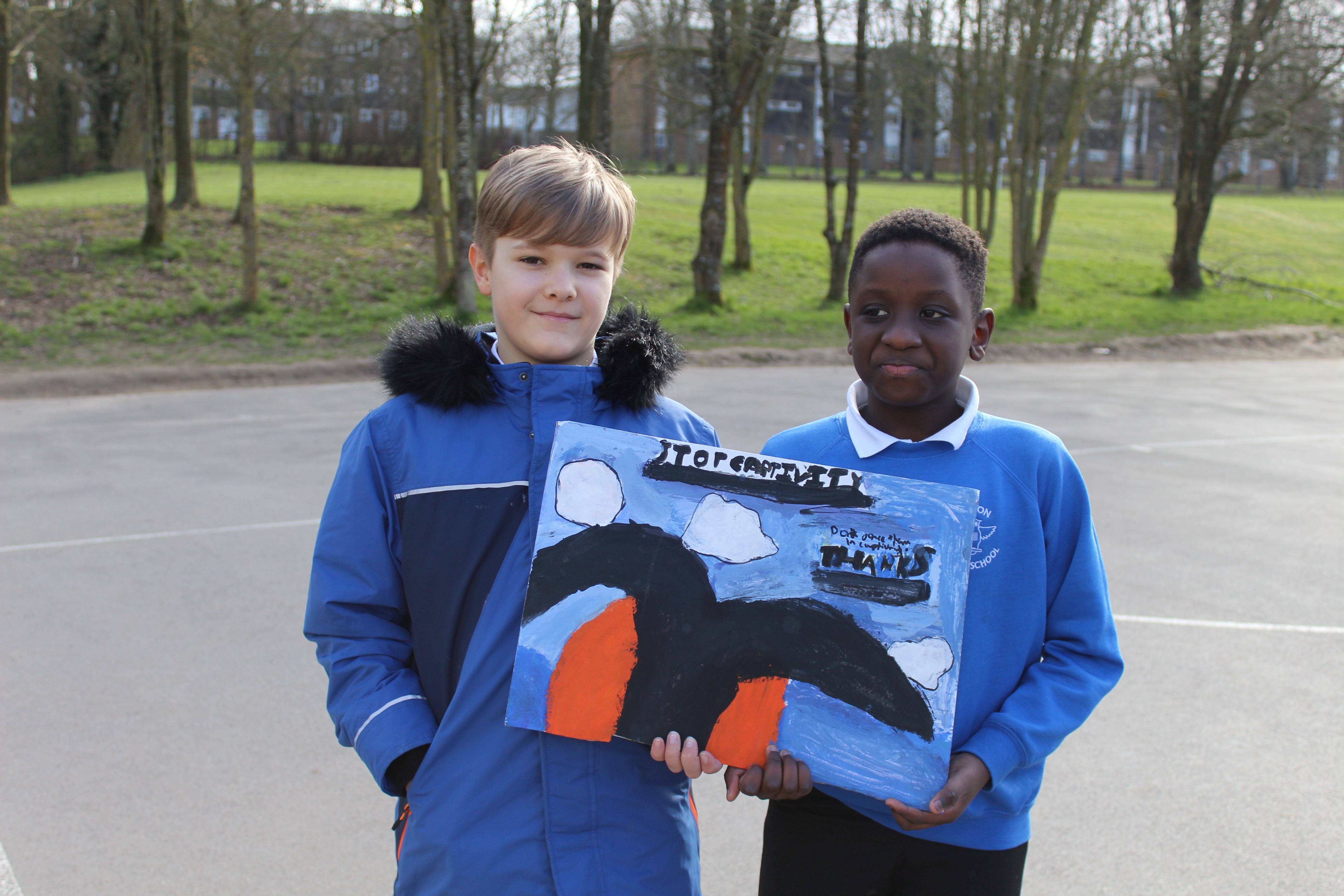 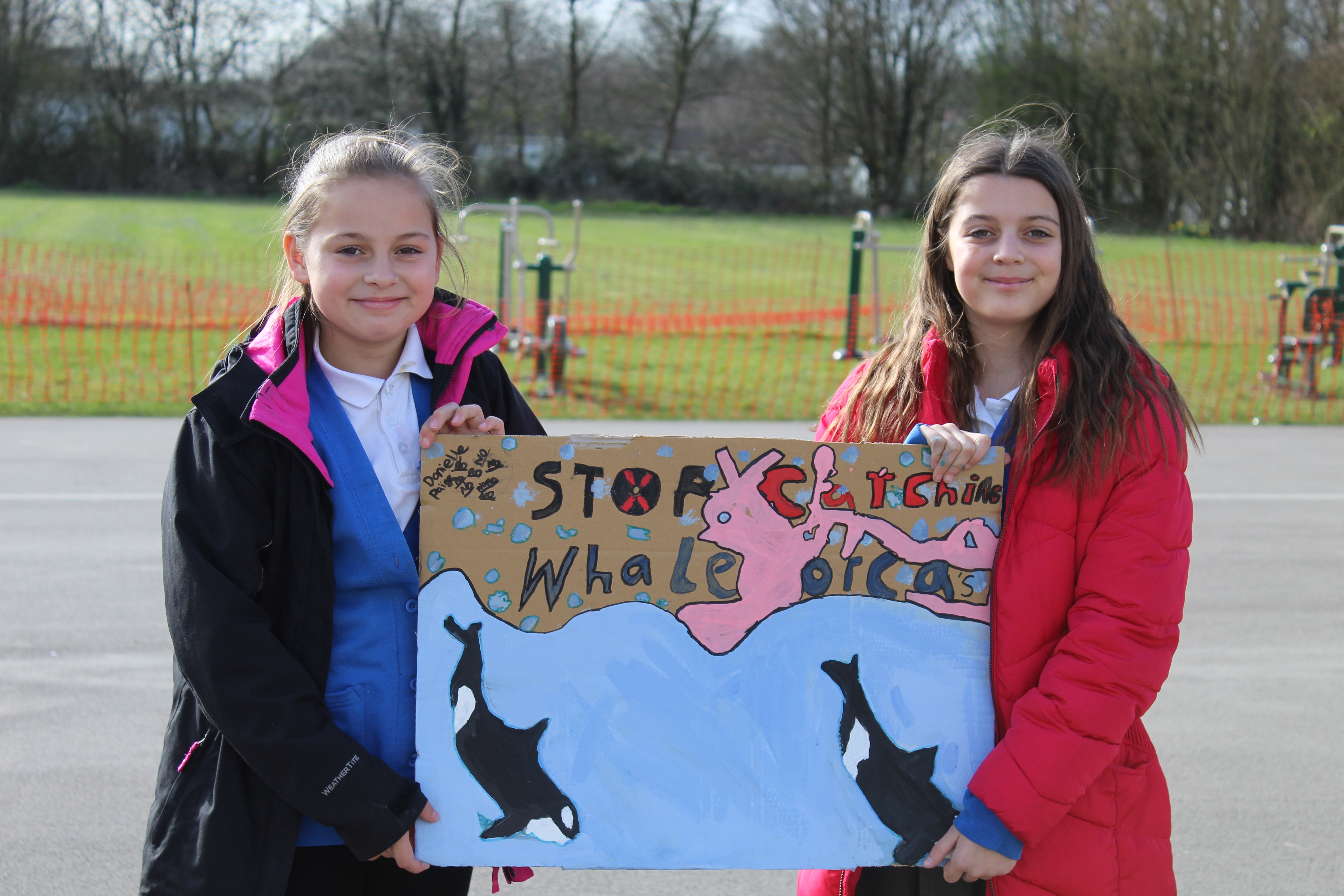 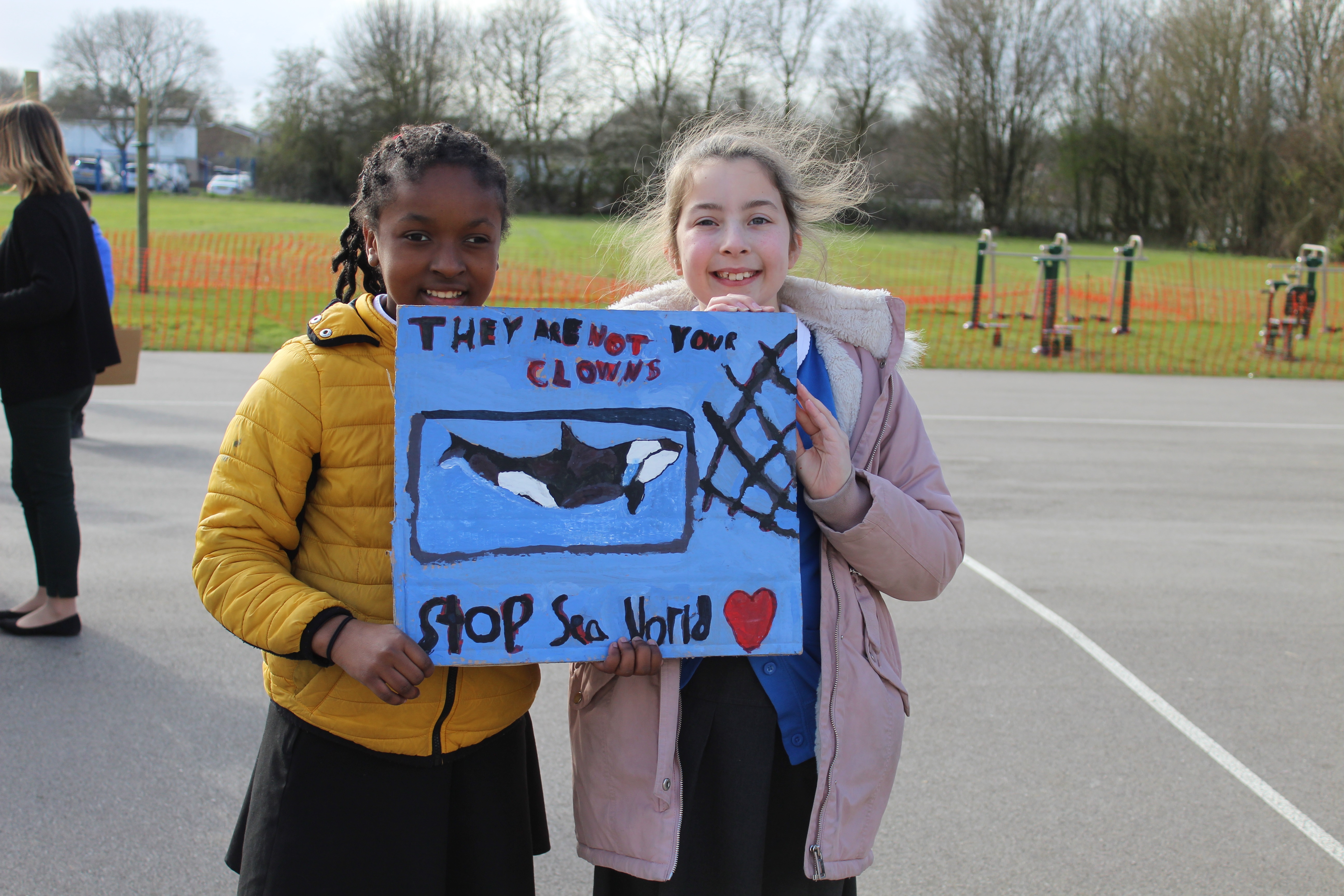